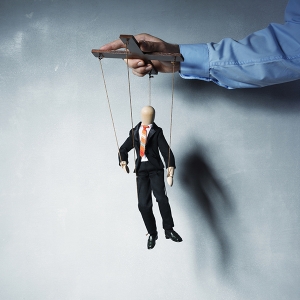 11.10.2019 - Negotiations are about convincing your counterpart. Often the line between persuasion and manipulation is floating. Some negotiating partners are true manipulation geniuses and make it very difficult to resist their proposals. Surely you know the situation where after a conversation you wonder how your counterpart could convince you of his point of view, although after careful consideration you would now like to change your mind once again. Manipulation and negotiation tricks are not supernatural. They can be learned. Therefore it can be learned naturally also to see through the tricks. And with the same method, which is also used with the manipulation: NLP. Read more »

11.10.2019 - Negotiations are about convincing your counterpart. Often the line between persuasion and manipulation is floating. Some negotiating partners are true manipulation geniuses and make it very difficult to resist their proposals. Surely you know the situation where after a conversation you wonder how your counterpart could convince you of his point of view, although after careful consideration you would now like to change your mind once again. Manipulation and negotiation tricks are not supernatural. They can be learned. Therefore it can be learned naturally also to see through the tricks. And with the same method, which is also used with the manipulation: NLP.

No matter whether you are a proponent or an opponent of NLP technology, it can't hurt to know it as a project manager. Fans of technology see it as a great opportunity to get rich. Skeptics consider NLP technology to be a means of manipulation and "not fair". But since you can always meet experienced NLP users, you should be prepared. Who knows his opponent, can assert himself better against him.
This also applies to NLP.

The abbreviation NLP stands for Neuro-Linguistic Programming. This method was developed and investigated in the 1970s in California as part of a research project. Two scientists concentrated on professionals in the field of communication and negotiation and worked out what successful negotiators had in common. The result of the project was a catalogue of techniques with which anyone can manipulate their counterpart in such a way that their behaviour changes. First of all it was investigated how brain, language and body interact together and patterns were recognized and captured. Language influences perception both emotionally and mentally. Those who consciously grasp language can better understand their counterparts and adapt their behaviour. Who uses its own language consciously, can induce however also its opposite to provoke certain changes in their behavior. In the best case these are positive changes like the avoidance of conflicts or overcoming hurdles in communication. But Neuro-Linguistic Programming can also be used for a "hostile takeover".


How does NLP work?

The NLP concept is based on certain principles. One says that people do not react to reality, but to how they subjectively perceive the world. Moreover, people always make their decisions on the basis of the information available. People's behaviour arises out of a positive intention. It is also important to remember that people are able to learn something new. NLP also assumes that every human being has the ability to achieve the mental and spiritual change he or she aspires to. Neuro-linguistic programming is now based on these basic assumptions, namely on using language to persuade another person to change.

There is a long list of different NLP techniques. Every project manager should know the best known ones, not necessarily to use them, but most of all to recognize them and to be able to defend them in case of emergency. The first technique is called analog marking.

Both verbal and non-verbal language are used to achieve a certain effect. These can be, for example, pauses which serve to underline what has been said and let it work. It can be the change in the speed of speech or the pitch of the voice, which creates variety and prevents boredom. The second technique is called anchoring. Anchoring uses gestures, sounds or other sensory impressions to evoke a certain emotional state. This can be, for example, a pat on the back with which most people associate praise. This creates a positive feeling, although what is said may be anything but pleasant. The third technique is pacing. It means walking in step. Your conversation partner adapts to your speed - in the figurative sense. He takes over your voice and posture or even breathing rhythm and tries to copy your behaviour, which creates trust in most people. The fourth technique is called leading. This is about leading the conversation. After your conversation partner has adjusted to your rhythm and you harmonize, he tries to change his behavior step by step so that you adapt and follow him. If you pay attention to this, you will be surprised how well it actually works. Finally, we would like to mention the Disney strategy. This technique is named after Walt Disney, who always achieved his goals in three stages. It tries to see every aspect from three points of view. First from the perspective of a dreamer who reacts very subjectively and draws no logical conclusion, then from the perspective of a realist who draws pragmatic conclusions and then from the perspective of a critic who looks closely and looks for mistakes. Depending on how these three points of view are presented, your counterpart can steer you in a certain direction. Pay attention to these techniques in the next conversation and do not allow yourself to be manipulated.