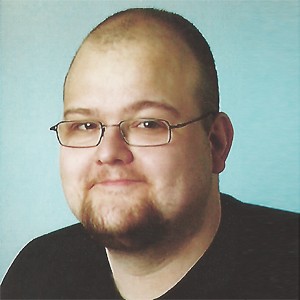 27.03.2013 - Kanban has evolved impressively over the last few years. The IT sector today appreciates it as an agile project management method that is often used in conjunction with other agile methods. The Lean Kanban North America Conference, the world's most influential forum for lean management experts which takes place in Chicago between 28 April and 2 May, will continue to drive this development. Volker Duetsch answered four questions for us. Read more »

27.03.2013 - Kanban has evolved impressively over the last few years. The IT sector today appreciates it as an agile project management method that is often used in conjunction with other agile methods.

The Lean Kanban North America Conference, the world's most influential forum for lean management experts which takes place in Chicago between 28 April and 2 May, will continue to drive this development. Volker Duetsch, IT business owner, Scrum and Kanban user and Certified Senior Project Manager (IAPM) answered four questions on the subject of Kanban for us.


You believe that Kanban is taking off. What makes you say that?

Volker Duetsch: Even though Kanban has already arrived in German-speaking countries, people seldom make a direct connection between Kanban and project management. Scrum teams are trying out Kanban because the rules are fewer, but it still follows many of the tried and tested principles of Scrum. On the other hand, you don’t often get people changing sides from Kanban to Scrum. That’s basically because you do need a relatively good knowledge of Scrum before you can implement a Scrum project. Pure Scrum or pure Kanban projects are rare.


Kanban was developed as a scheduling system for just-in-time production by a Japanese automotive manufacturer in 1947. It vastly increased production line efficiency. It’s an interesting development that the IT sector is now profiting from the advantages of Kanban.

Volker Duetsch: You don’t always have to reinvent the wheel. Often, tried and tested methods can be adapted to meet specific project requirements. That’s relatively simple to do with Kanban, whatever the size of the project and whatever your sector of industry. Kanban follows the KISS principle. KISS stands for lots of different things. The one I like best for Kanban is: Keep It Strictly Simple. Scrum is a widespread, if not the most widespread, agile project management method in software development. In some respects, Kanban is simply more flexible, or more ‘agile’.


The IAPM’s new Agile Guide 2.0 - the knowledge roadmap for IAPM certification - includes a section on Kanban. Why is that important from an IT company’s perspective?

Volker Duetsch: These days, it’s impossible to be a ‘master of all methods’. The IT industry is probably one of the most specialised sectors of industry of all, which means it isn’t easy to take a generalised approach. It’s also important not to limit yourself in terms of tools, techniques and methods. That’s why the IAPM included Kanban in its Agile Guide 2.0.

Volker Duetsch: Scrum is the leading agile project management method and it will continue to be so in the foreseeable future. For me, the question isn‘t ‘Scrum or Kanban’? I think there’s a lot to be gained by combining the two methods in development, analysis and ‘production problem’ elimination. A solid knowledge of Scrum, plus Kanban, plus agile work methods such as Extreme Programming and you’re already half way to closing out the project successfully.


Volker Duetsch, born 1974, has been working in the IT industry for more than 20 years. He now runs his own company Volker Duetsch IT Project Services, which provides a range of services from the creation of small scripts to process automation and the design and implementation of web-based/mobile applications.