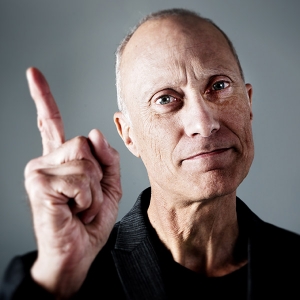 14.02.2017 - Politeness and mutual respect in the work environment promote positivity and productivity in a project team. Even if a team works well together, there will always be occasions when criticism, praise or just general feedback are needed. Project managers know in theory how to provide criticism and feedback in a diplomatic and motivating way. But the theory is often difficult to apply in practice, so they have to try out different approaches to giving feedback. Read more »

14.02.2017 - Politeness and mutual respect in the work environment promote positivity and productivity in a project team. Even if a team works well together, there will always be occasions when criticism, praise or just general feedback are needed. Project managers know in theory how to provide criticism and feedback in a diplomatic and motivating way. But the theory is often difficult to apply in practice, so they have to try out different approaches to giving feedback.

Criticising someone at work isn’t the same as giving a friend personal advice because the barriers and distances between colleagues or project team members are different to those in personal relationships. Having said this, the methods used to effectively deliver criticisms and suggestions for improvement are the same in both worlds. The main objective in any feedback meeting, whether you want to talk about significant deficiencies or minor improvements, is to focus on being positive. That may sound a little strange at first, but it’s important in both professional and personal situations to keep everyone on the same side, to keep them motivated and to prevent negative vibes. In other words, the most effective approach is to package negative news as positive feedback.

The sandwich method of feedback in project management

When a project manager does a performance review with a team member, he should initially highlight the positive aspects, so the introductory comments should always emphasise things that have been done right and gone well. This gives the other person a positive start to the interview and makes him feel appreciated. It also helps to alleviate any nervousness and allows the person being reviewed to focus on the next part of the review. Once he has heard that he’s capable of doing good work, he’ll be ready to take any criticisms and suggestions for improvement on board. These are communicated in the second part of the performance review. Criticisms should always be objective and suggestions for improvement should always be specific. The project manager and his project team usually work in the same field, so this part of the meeting can be very targeted and technical. It’s always easiest to work together to find a good solution that will take the project forward in the right direction. The performance review should always conclude with another positive aspect to reinforce the reviewee’s positivity and motivation. This method of communicating criticism is known as the sandwich method, because it has the criticism sandwiched between two softer layers.

Let’s reiterate. The bottom slice of bread in the feedback sandwich is praise. It’s topped with the "meat“ of the issue, the criticism or suggestion for improvement, and then covered with the second slice of bread, which is the positive future outlook for the entire project team.

I-statements as a means of providing diplomatic criticism

People in project management who want to be diplomatic critics will need certain rhetoric skills, and they have to be capable of expressing themselves properly. Even when the criticisms are minor, they should always be communicated in the form of I-statements. This involves the project manager explaining a situation, or assessing a problem, or suggesting an improvement from his own personal perspective. Never say "You did that wrong", say, "In future, it might be better to take a different approach" or "I think Y might work better than X". It makes criticism sound less harsh and encourages the person who is being criticised to participate in the improvement process. The project manager should always make himself absolutely clear and communicate the criticisms objectively and specifically. In project management it’s important for the project manager to be truthful.

What if there’s nothing positive to say?