Prestigious construction projects in Germany often fail - so what are other countries doing better? 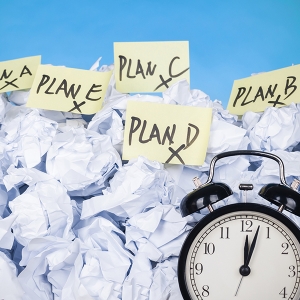 31.12.2016 - What makes a construction project prestigious? Is it the investment or the design? Germany is a country where a lot of construction projects fail. There are many famous examples of such failures every year, one of the most notorious being BER Airport, the mega project to construct another airport in Berlin-Brandenburg. Although it’s not yet completed, it has already swallowed up almost 5 billion euros and is costing the tax payers just over a million euros a day, on average. Massive costs, ineffective budgeting and planning mistakes are the main reasons why the airport project that was originally scheduled to close out in 2011 has been such a failure. The current and rather optimistic opening date is scheduled as 2017. The BER Airport project definitely deserves ... Read more »

31.12.2016 - What makes a construction project prestigious? Is it the investment or the design?

Germany is a country where a lot of construction projects fail. There are many famous examples of such failures every year, one of the most notorious being BER Airport, the mega project to construct another airport in Berlin-Brandenburg. Although it’s not yet completed, it has already swallowed up almost 5 billion euros and is costing the tax payers just over a million euros a day, on average. Massive costs, ineffective budgeting and planning mistakes are the main reasons why the airport project that was originally scheduled to close out in 2011 has been such a failure.
The current and rather optimistic opening date is scheduled as 2017. The BER Airport project definitely deserves the ‘multi-billion-euro planning disaster‘ nickname given to it by the disgruntled Germans. And it is also a project that clearly shows us how mistakes could have been prevented.

Ineffective planning of a prestigious building

BER Airport, which was to have been named after former German statesman Willy Brandt, was originally planned as Berlin’s most prestigious building because the existing airports Tegel and Schönefeld were to be united in a large-scale project. In theory, it sounded like a logical step to improve the traffic situation. In reality, it turned out to be a complete fiasco. It isn’t as if the plans were drawn up at short notice, either.
Planning commenced back in the 1960s, and by the 1990s finished concepts were in place for the implementation of this prestigious project. However, as so often happens in bureaucratic Germany, the concept was blighted right from the start.

The scheduled opening date for the airport kept changing.

Another reason why the project has failed is way-off-target budgeting. The originally budgeted amount of 1.7 billion euros was exceeded long ago and construction work has been going on since 2006.

The larger a project is, the more difficult it is to implement the individual planning stages without mistakes that are hard and sometimes impossible to correct. Many small yet significant variables play a role in large-scale projects. Problems can trigger a chain reaction that will considerably slow project progress.
One such problem at the BER Airport was the bankruptcy of the engineering company that had been responsible for construction work being halted in 2010, putting the hard-working German tradesmen up against yet another challenge.

Other countries are smarter planners

Other countries plan faster and more consistently. Many of them don’t have the financial strength to be complacent, or they don’t want to blemish their international reputation or they simply have more reliable logistics solutions.
Many large-scale projects in other countries impose substantial penalties on the participating companies that encourage them to give serious consideration to the importance of good planning. In Germany there are insurance policies to cover any losses so people don’t think twice about stopping work.

Security issues were raised about BER Airport that set the complex wheels of German bureaucracy in motion. In particular, the EU’s stringent security requirements made it necessary to rethink the airport’s design, even though the construction phase was in full swing. So the project went back to square one and the costs spiralled.

In 2011 the airport’s fire protection and alarm systems, which had been provided by two different companies, were found to be defective. During the acceptance test it was discovered that the systems didn’t work together in an alarm scenario, raising the important question of why two different companies had been engaged to install two different systems, and revealing further serious flaws in the project’s planning and construction phases.

Although these kinds of things also happen in other countries, the difference is that other countries tend to find innovative solutions faster. One good example in the Far East is the Chinese Transrapid train project. When the same project failed in Germany it was pronounced impossible to implement. But the Transrapid Magnetic Levitation Train in Shanghai has been a major success. Launched in 2002 for passenger transportation operations, it hasn’t experienced any problems since. The Chinese version of the Transrapid thunders across the country at speeds of up to 430 km/h. By 2010 it had been used by a total of 27 million passengers.

Unlike the Germans, the Chinese took a pragmatic approach to this innovative magnetic levitation technology and welcomed collaborations with German enterprises. The prestigious project got off to a great start and there are now plans to have the train components and future developments built in China itself. The German magnetic levitation train project failed for several reasons. The two main ones were Deutsche Bahn and a serious accident in Emsland in 2006, after which the project was buried. In other countries such as Japan and Korea, magnetic levitation technology is already a major success.
Another reason why German projects fail is the country’s steel-clad laws that never deviate from the norm, even in exceptional cases.

The madness of the opera house roof in Cologne

The Cologne opera house roof is still being subsidised by the public purse, with millions of euros being invested every year to prevent pedestrian access to the plaza (the opera is underground below the plaza) during performances. Each time there is a performance at the opera the over ground plaza is blockaded off and monitored by security guards. This is necessary as a result of incredibly bad construction planning, because the plaza above the opera is covered with modern, small paving stones that conduct the noise of children on skateboards or high heeled shoes straight down into the auditorium for everyone to hear.
Unfortunately, the paving stones were installed by a famous artist and have protected monument status, so they cannot be removed and the city of Cologne is unable to resolve the problem.

These and other crazy situations ought to persuade German construction planners to cast a glance over their foreign counterparts’ shoulders from time to time. Their projects aren’t perfect either, but they certainly demonstrate a lot more intelligence than the Germans in certain planning situations.