The IAPM‘s Senior Official Udo Schmidt hosted the Metropolitan Region of Hamburg’s third IAPM Network Meeting of the year on 15 September 2014. It was attended by IAPM certificate holders and their guests. The event was also open to everyone in northern Germany with an interest in project management and publicised by the PMI, GPM and DGQ regional organisations. Hermes Logistik Gruppe Deutschland GmbH in Hamburg-Langenhorn provided the venue.

Once the participants had been welcomed, the event began with a big thank-you to the staff at the Hermes Group for their support and contributions as speakers and facilitators at the three workshops. After a brief explanation of the IAPM, a comparison of its certificates with those of the PMI, GPM and Scrum alliance and reference to the scheduled events for project management fans in northern Germany, Dennis Kollmann introduced the main part of the event. He introduced participants to the Hermes Logistik Gruppe Deutschland GmbH before moving on to the project presentation on the topic of  “Project implementation in the Hermes Group! ... with the example of a project to extend an international distribution network (parcel logistics).”

The more than 30 participants were particularly interested in the following main themes:

These themes were then incorporated in the three workshops:

The time allocated for the workshops was short, which meant that the summaries of results were presented as “interim results“ based on discussions, some of which were pretty heated.

The participants continued chatting during the subsequent networking part of the event, with snacks provided by Hermes, and they also had the opportunity to swap contact details. Everyone took the documents that were on display providing a detailed overview of upcoming project management events in northern Germany (organised by the PMI, GPM, DGQ and IAPM) in 2014 and details of the organisations’ certifications.
Download the presentation here (in german language) 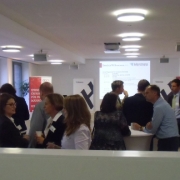 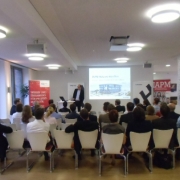 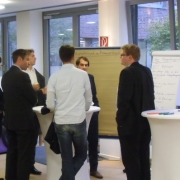 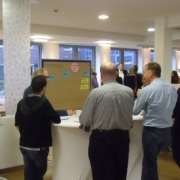 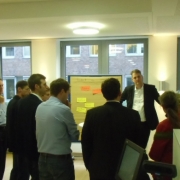 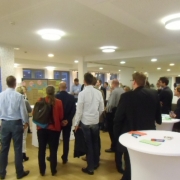