Se­ni­or Of­fi­ci­al Martin Ritz and IAPM Official Gary Woodrow hosted the Munich region’s second IAPM Network Meeting on 27 February 2014. It was held on Green Thursday, the day in Germany when women traditionally cut off men’s ties as part of the carnival celebration, so Martin Ritz fell victim to the ladies’ scissors. The men wearing expensive ties had all hidden them in their coat pockets as a precaution…

Sapient Nitro had kindly offered to hold the event at its premises and provide the technology plus snacks at the end of the meeting. Dr. Hans Stromeyer, President of the IAPM, gave the welcome speech and introduced the special presentation by Dr. Walter Gierisch.

The unusual title of his presentation, “PPP Philosophisch-Physikalische Plaudereien” (philosophical physical palaver) gave the audience some advance warning of what to expect, and the subsequent physical cabaret was both amusing and entertaining, reducing both the audience and the president to laughter.

Dr. Walter Gierisch’s self-depreciating description of his career in physics and the scientifically accurate insights that he provided with a simple pendulum and the drunkard impersonating a perpetuum mobile, ensured that time flew by.
After the presentation, a delighted and surprised Dr. Walter Gierisch was awarded the honoris causa title of “IAPM-Senior Project Manager h.c.” by the Chairman of the IAPM’s Council of Experts, Dr. Roland Ottmann, who was also at the event.
The second part of the network meeting was dedicated to networking over brezels with butter, snacks and the odd glass of beer or water, and everyone took advantage of the opportunity to chat to each other and swap information.

There were three IAPM Network University Officials among the participants, so there was also some inter-generational networking going on.

We hope to continue extending our IAPM network with your help in future and we’ve certainly paved the way with these two very positive events. 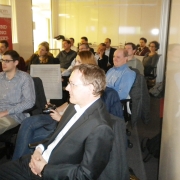 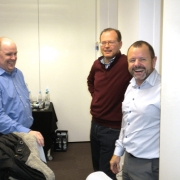 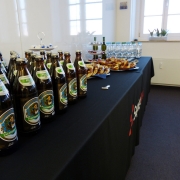 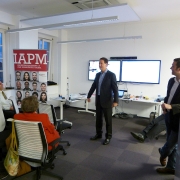 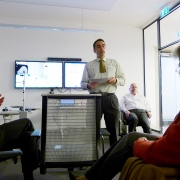 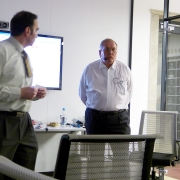 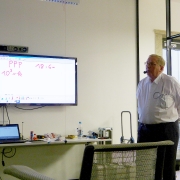 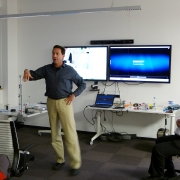 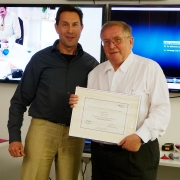 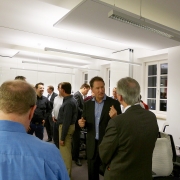 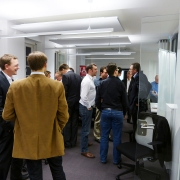