They flew across the Atlantic in an aircraft fueled with Ethanol: honorary IAPM members Grazia Zanin and Professor Max Shauck 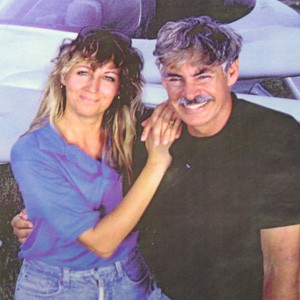 05.11.2013 - Aircraft are probably the most climate-damaging means of transport of all. Although we have been aware of their negative impact on the environment for decades, the political and business communities are not attempting anything close to what is feasible to optimise emission values. Read more »

05.11.2013 - Aircraft are probably the most climate-damaging means of transport of all. Although we have been aware of their negative impact on the environment for decades, the political and business communities are not attempting anything close to what is feasible to optimise emission values. Without spectacular attempts by committed environmentalists to sensitise the public to the situation, there would probably never have been any research conducted into alternative fuels. On behalf of all supporters of sustainable air traffic, the IAPM decided to award honorary membership to Grazia Zanin and Professor Max Shauck.

It was a potentially risky undertaking because, despite intensive tests and extensive preparations, technical problems would have meant an emergency landing somewhere in the dangerous waters of the Atlantic Ocean.
Mathematician and aeronaut Professor Max Shauck and professional pilot Grazia Zanin developed an aircraft engine that could run on the green fuel ethanol. They then faced the problem that unless they could prove that their design worked over long distances, they would never be taken seriously by engineers, functionaries and politicians. So Grazia Zanin and Professor Max Shauck decided to follow in legendary aviation pioneer Charles Lindberg‘s footsteps and demonstrate the sophisticated design of their technical innovation in a non-stop transatlantic flight. They took off in their single engine plane in June 1989 and, when they landed, they had set a world record for the longest ever flight in an ethanol-powered aircraft. Ethanol is obtained from renewable raw materials: namely crops and animal waste.

It is one of the biggest ironies of our age that although this pioneering act by Grazia Zanin and Professor Max Shauck received wide recognition at the time, it has not led to a major breakthrough in green aircraft design. The transatlantic aviators received the Harmon Trophy, one of the highest accolades in US aviation, from the Vice-President of the United States at a White House ceremony. Today, almost 25 years on, there are far more aircraft in the skies and all of them are still fuelled with kerosene. The first planes designed to be operated with biokerosene weren’t developed until 2004 by Brazilian aircraft manufacturer Embraer. A 50% biofuel/kerosene mixture has been the norm, at least on selected passenger flights, since 2011. So the aviation industry is nowhere near where it potentially could be had consistent research and engineering development work been performed in this field.

By awarding honorary membership to Grazia Zanin and Professor Max Shauck, the IAPM would also like to encourage those in power to finally introduce the widespread use and mass manufacturing of innovative technology that protects the environment and our planet’s resources. Climate protection is just one of the major international projects of our age that everyone can pull together to implement thanks to their competence in the field of emissions reduction.

You can find the laudatory speech by IAPM President Hans Stromeyer to Grazia Zanin and Professor Max Shauck here: