Professor Gerzer is Honarary Member of the IAPM 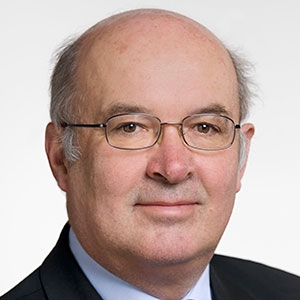 11.11.2014 - The IAPM International Association of Project Managers resolved at its Annual General Meeting in 2014 to award honorary IAPM membership to Professor Rupert Gerzer.

Professor Gerzer is being awarded honorary membership because he is a scientist and visionary who has initiated many extremely interesting projects. For example, in the early 1990s he and his research team conducted medical experiments during the second German Spacelab mission, D2. The objective of the research was to obtain information about the regulation of the astronauts’ circulatory systems under zero-gravity conditions.

Another milestone project was TEMOS (TEMOS stands for Trust, Effective Medicine, Optimized Services) that was successfully spun off from the DLR as a start-up company at Professor Gerzer‘s initiative. TEMOS was initiated in 2005 as an EU-sponsored science project to investigate quality and the quality criteria for the medical treatment of patients at foreign medical centres (tourism medicine) or the treatment of patients who wish to be treated in other countries (medicine tourism). An extensive network of contacts now exists for travellers and expatriates in medical situations and emergencies.

Professor Gerzer implemented his most ambitious project in 2013. On 5 July 2013 he opened the :envihab (environment + habitat) at the DLR in Cologne. :envihab is an innovative and globally unique research institute that will be exploring the effects of extreme environmental conditions on the human organism. The research team hopes to gain extensive insights which will make it easier to deal with extreme situations such as those that people are exposed to in space flights or when they are confined to their beds with a serious illness.

The institute has a short-arm human centrifuge to conduct cardiovascular, bone and muscle research under high gravity conditions, laboratories for studying the effects of oxygen reduction and pressure on test subjects, as well as MRI/PET analysis facilities to map the human body. In another area of the institute, test subjects can be exposed individually and in groups to psychological stress and recovery situations. It is hoped that the research will answer the question of what happens to the human body on a flight to Mars, how being confined to bed after a serious illness impacts the body and how the daylight and the lack of daylight affects mood, as well as how teams react to long periods of isolation. These basic questions need to be answered to understand the effects of ageing, bedriddenness, immobilisation, and isolation, among others. :envihab is ideally suited for exploring the future challenges of human spaceflight, as well as for discovering a host of new applications for improving life on Earth.

The managing board of the IAPM congratulates Professor Gerzer on his membership and wishes him creativity, happiness and success in future projects.