Network Meeting in Amsteg, Canton of Uri on 31 January 2014

IAPM Zurich Network hosted the IAPM Network Meeting "The construction of a once-in-a-century structure - the Gotthard Base Tunnel" on 31 January 2014. All 18 participants arrived at the premises of Alptransit Gotthard AG in Amsteg, in the Canton of Uri, on a bright and sunny winter day.

Alois Bissig provided a one hour presentation of the Gotthard Base Tunnel construction project. Then the participants were given a safety briefing and changed into appropriate clothing. Two minibuses transported them to the tunnel, where they were given an interesting guided tour. Everyone was very impressed by this once-in-a-century structure and the extraordinary work of the approximately 3000 people from 16 nations who have been involved in the construction project.
After the detailed guided tour, the Chairman of the IAPM’s Council of Experts, Dr. Roland Ottmann, gave a brief speech, after which guests had the opportunity to discuss project management topics over an Apéro, get to know each other and network. 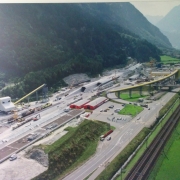 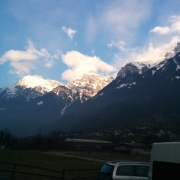 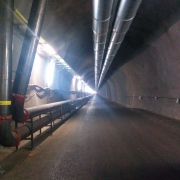 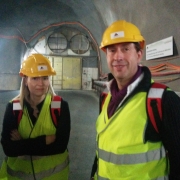 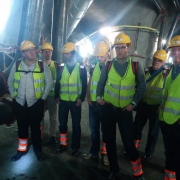 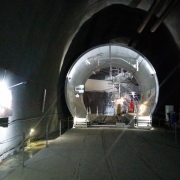 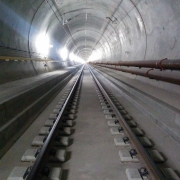 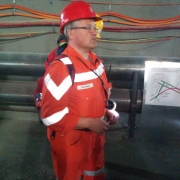