Blockchain technology and its role in project management 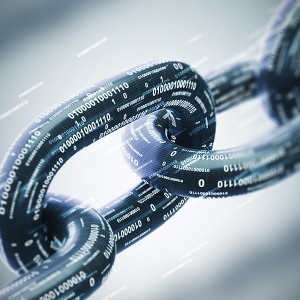 17.09.2018 - You may have heard the term blockchain in connection with Bitcoin, for example - but what role can the use of blockchain play in normal companies? Is this a technique that project managers have to deal with? In recent years, project management has been shaken by many new developments, techniques, strategies and methods. Some novelties establish themselves, others go down in the history of management as nice attempts. So what is blockchain technology, what does it have to do with project management and is it worth dealing with this phenomenon? In the modern economy, cost reduction, increased efficiency, transparency and digitization play a decisive role. Read more »

17.09.2018 - You may have heard the term blockchain in connection with Bitcoin, for example - but what role can the use of blockchain play in normal companies? Is this a technique that project managers have to deal with? In recent years, project management has been shaken by many new developments, techniques, strategies and methods. Some novelties establish themselves, others go down in the history of management as nice attempts. So what is blockchain technology, what does it have to do with project management and is it worth dealing with this phenomenon?

In the modern economy, cost reduction, increased efficiency, transparency and digitization play a decisive role. However, many smaller companies, in particular, do not want to or cannot plunge into extensive modernization measures overnight and find it difficult to replace existing structures with new ones. Processes and procedures that have been in use for many years and basically work well are reluctantly abandoned in order to engage in something new and therefore uncertain, which also requires a high level of technical understanding.

Almost all companies cooperate with banks, notaries, administrators and many other external experts who have a high trust. They check facts in the company or confirm incoming and outgoing payments or contract contents. Those who use blockchain technology no longer need these external experts, because all processes are stored decentrally in the blockchain as entries. The verification is done by all participants of the blockchain. Depending on the size of the network, it is almost impossible to manipulate the blockchain.

The need to talk to a notary or bank consultant, who is actually a human being and not a computer, is of course comprehensible and human. However, especially when it comes to financial consulting, investment consulting, brokerage, etc., there are now many really good tools that advise the customer absolutely objectively, more than a man of flesh and blood can possibly do.

Many services can increasingly be provided by algorithms and computers with certain software. This brings many possibilities with it, because it leads to the fact that the user of such software can and must take over more personal responsibility. He has less leeway to look for mistakes with external consultants, but must face the consequences himself and assume responsibility. This is desirable within the framework of the blockchain strategy, but it does not suit every employee, because not everyone has such a high level of trust in their own abilities and of course not everyone has the necessary skills at all.


Will Blockchain become a revolution?

The idea of using blockchain technology usually arises jointly within the framework of digitisation measures in the company. The blockchain transforms processes, but in an invisible way, without customers noticing. A blockchain can already trade shares on the stock exchange and there are only a few IT specialists in the background instead of dozens of traders. Another example is administrative tasks performed by the blockchain, while applicants to the authority cannot tell the difference between processing by a real person or by digital technology.


Blockchain as a tool in the economic environment

As a private person you hardly have to worry about the topic of blockchain. Most people know the term blockchain from the context of digital currencies.
As an Internet user, you often have to do with blockchain technology and use it, but this has no effect on the actual functions in the frontend of a website, for example. The use of technology only changes the working world and thus also the work of project managers in certain industries. IT in particular is confronted with blockchain and deals with the implementation of processes. More and more IT specialists are needed to write and operate programs, who can then take over the tasks from external experts. It is therefore not so much a question of job cuts - even if some of the workforce in the company can be saved - but of a gradual thematic reallocation.

As a project manager, you should know what is technically possible and have understood the basics of current technologies - but hardly anyone would expect more in-depth programming knowledge from a project manager.

Most train drivers can drive their trains, but still don't know which machine parts are active inside the locomotive; they are not necessarily engineers or mechanics. As long as the train driver does his job well, it is not important to the passengers whether he has detailed technical knowledge. This is also the case for customers on the web who purchase products or services. It is not important to them which technology the website is built with as long as it is lean and intuitive to use.

Blockchain technology can be a real alternative to previous processes in many companies and authorities. Blockchain can streamline companies, which is why many are interested in this technology. Basically there are thousands of different technologies which are summarized under the name Blockchain. It is therefore worthwhile for project managers to take a closer look at the topic.