Customer centricity in practice: 8 steps to improving IT service at a major healthcare company 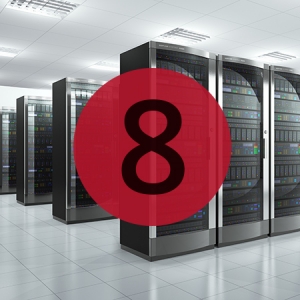 13.06.2016 - Mergers, acquisitions and sales are great business opportunities, but they can leave the newly-formed companies with a challenge. A new healthcare company, formed in 2007, faced this challenge. Having been split off from its old parent company, it owned virtually no IT equipment and had no data centre. Only a handful of IT staff transferred as part of the sale process. Read more »

13.06.2016 - This is an edited extract from Customer-Centric Project Management, by Elizabeth Harrin and Phil Peplow.

Mergers, acquisitions and sales are great business opportunities, but they can leave the newly-formed companies with a challenge. A new healthcare company, formed in 2007, faced this challenge. Having been split off from its old parent company, it owned virtually no IT equipment and had no data centre. Only a handful of IT staff transferred as part of the sale process.

An IT services partner was selected and tasked with delivering most of the service management elements including the service desk, machine hosting, technical infrastructure support and networking. The internal IT team was made up of a small applications support group, a small team of in-house project managers and a service delivery team responsible for infrastructure strategy, supplier management, security and customer care. The team was distributed across several locations. This department, together with the outsourcing partner, was responsible for getting all the new IT services up and running for the new company.

The team knew that the successful transition away from the parent company relied on a clean and smooth IT handover. The only way to do this was to keep internal customers informed of what was going on and involve them every step of the way. Success required a customer-centric approach. Having adopted customer centricity as a core value of how the team worked, they needed to implement a way to measure and monitor this during the transition.

They implemented an 8-step process to managing customer satisfaction during this transitional time.

Step 1: Obtain buy in from the ultimate authority
The CIO embraced a customer-centric way of working from day one, despite having a healthy degree of scepticism as to whether a significant sized customer base across over 40 locations, used to receiving a relatively poor IT service, could be convinced to return scores of Good, Very Good or Excellent for his emerging regime.

While his position was understandable, he was also in agreement with the overriding principles of customer centricity: that customers were everything, that IT would engage with them comprehensively and that their needs would come first. These aims may sound obvious, but this approach represented a major shift within a function which had been considered faceless, unresponsive and unapproachable.

Step 2: Spread the vision
A clear expectation was set that each IT function, including those provided by the IT project managers and partners, would be lined up in support of that area as it brought issues to the table.

Step 3: Decide who the customer is
The IT team supported over 40 locations across the UK. They decided to measure IT performance against all of them individually.

Step 4: Define a simple scoring mechanism which customers can use to rate the services they receive
The team devised a satisfaction scale which ran from 10 (Excellent) to 1 (Consistently Very Poor). By consistently using the same scale across all customer groups, a picture could be built up of the organization as a whole. This set of diagnostic metrics would provide real-time information about the levels of customer satisfaction with IT services across the business.

Step 5: Organize for success
Three Customer Services Managers (CSMs) were recruited with a brief to engage with each business unit on a face-to-face basis at least once every month in order to gain first hand information on their requirements and issues, focusing on customer satisfaction.

Step 6: Align service partners
The IT department was working with partners through a number of outsourcing agreements. Service partners were fully briefed about the Exceed process and the new focus on the customer. A scale of monthly incentive payments directly relating to customer satisfaction ratings was agreed with some partners where this was appropriate.

Step 7: Launch the process
At the first visit, the CSMs positioned themselves as a point of contact for any IT issues a customer had. They also committed to discussing issues and challenges on a monthly basis.
Local management teams were eager to engage given the criticality of IT to their operations. The CSMs were welcomed warmly by customers who had never seen a person from IT in the flesh. Levels of customer satisfaction were recorded against 4 criteria: Once the scores were captured monthly on a spreadsheet, the results would be published on the intranet. The transparency of recording and publishing the results was important to show that the team was serious about the process and committed to resolving issues.

Find out what the results showed and how the team handled the final step in the process next week.

Last week we saw how a major healthcare company started to improve IT service by putting in place a programme to improve customer satisfaction. The approach was approved, the staff were in place, and the first set of monthly satisfaction results had just come in...

The first formal scores recorded in May 2008 were unsurprisingly well below the company’s target of Good, Very Good or Excellent. In fact, the IT team scored Consistently Poor for how they managed the major issues raised by the department’s customers. Other areas measured ranged from Poor to Acceptable to Good, with corporate functions rating IT services more generously than those managers at locations outside of the corporate head office.

Step 8: Deliver on the results
The final step in the process is to deliver on the results. After the first round of meetings it quickly became apparent that there was much to be done and that customer satisfaction with the levels of IT service could be significantly improved. It was clear that the IT organization would be judged on its response to the points and issues raised during this initial round of discussions. After all, while customers appreciated the opportunity to air their views about the quality of IT, they really wanted to see their problems resolved and their concerns addressed.

More than 180 customer inputs were recorded in the month after the launch of this customer-centric way of working. The issues were wide ranging, as can be seen from this sample: Identifying these issues was the first step in being able to put them right.

Analysing the results
At first glance, a list of 180 issues to resolve – some relating to projects, some related to business as usual – represents a daunting list of concerns. In fact, when analysing the detail the team saw a mixture of problems but many common threads: service desk performance, computer problems, purchasing delays, general lack of responsiveness.

However, there was much that was encouraging in the comments that were recorded. Most, if not all, of the issues raised were fixable given the necessary focus and determination.

Now that the whole IT team knew what was really important to customers, real operational changes were made. Our outsource partner was fully brought on board and commissioned to supply a team of mobile field engineers. These engineers ‘adopted’ groups of business units and internal customers got to know their dedicated engineer. Now there was someone who could quickly get to the business unit, who knew his way around and who could assist in the moves, changes and technical projects which affected his site. The service desk was also reorganized to be more responsive, and internal processes were revised or replaced.

Analysis by business unit showed that some were happier than others. Some had fewer than half a dozen issues. Some were pleased with the level of communication and proactivity shown by IT in seeking requirements for projects. All had needs and concerns which were clear and unquestionable.

This was the starting point for our move to a more customer-centric approach. We worked on the basis that clarity leads to understanding; understanding leads to confidence, and confidence, together with determination, would produce a clear and positive result.

The situation today
As we’ve seen, the initial list of issues contained more than 180 items. Further examination concluded that many were duplicate issues experienced by multiple customer areas and which could be solved by applying generic solutions. Many were trivial, others the more challenging results of an organization going through a major change. A junior Service Manager’s role was refocused to include responsibility for chasing down resolutions. This person had great communication skills, an overwhelming desire to look after customers and wouldn’t take no for an answer. Within six months there were only 12 outstanding issues.

The company’s appetite for customer centricity has never diminished. Recent reviews highlight only a few service issues, and consistently good scores for IT projects as well. When issues do emerge, as they always will in a dynamic, complex and constantly changing operating environment, they are tackled immediately as the priority is always to protect and improve customer satisfaction ratings.

Customer-Centric Project Management is published by Gower in September 2012. Co-author Elizabeth Harrin writes the award-winning blog, A Girl’s Guide to Project Management which you can find online at www.GirlsGuidetoPM.com. She’s Director of The Otobos Group, a project communications consultancy and the author of two other project management books.