Burnout: A recent survey shows no improvement in the situation. 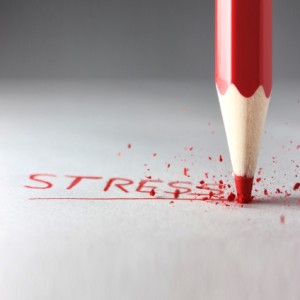 09.11.2012 - The German Association of Company Physicians recently implemented a new online survey to draw attention to the damage caused to the economy by burnout. Around 30% of the surveyed employees said that they felt they weren’t performing well in their jobs as a result of stress and psychological problems. Read more »

09.11.2012 - The German Association of Company Physicians recently implemented a new online survey to draw attention to the damage caused to the economy by burnout. Around 30% of the surveyed employees said that they felt they weren’t performing well in their jobs as a result of stress and psychological problems.

This means that one in three to four office workers don’t believe themselves to be capable of performing the work assigned to them in the required quality. Some years ago, in the search for causes of burnout, it was discovered that many organisations weren’t implementing their efficiency programmes properly, with the result of additional burdens being placed on their employees. “Many organisations are still trying to cut costs by introducing standardised processes and structures that employees need to perform more work in less time,” said Dr. Hans Stromeyer, representative of the IAPM. “But although they often have the installation of new structures on their agendas, nothing can happen until the controlling department has approved the plans because investments are involved.” If you compare the economic damage caused by burnout with the costs of project management certification and the associated structural improvements in processes, it’s obvious that certification is a valuable tool that can help to prevent burnout. “Investments in training with the objective of introducing the same tools and standards in all stages of a project often pay off if just one less employee is prevented from becoming permanently ill.”

And, by the way, despite the shocking figures, Dr. Hans Stromeyer is an anti-burnout pioneer in Germany. “I’ve observed the same high levels of people affected by burnout all over the world. But most countries don’t have a word for it and many aren’t even aware that it exists.”